On Friday our faithful companion and company mascot passed away of old age. 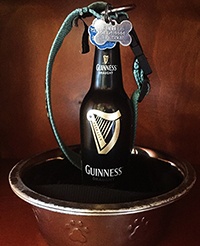 A dog’s legacy is typically limited to the memory of its family. However back in 2011, I named this company after the most prominent physical trait of my black lab (Guinness)… He was always a pudgy worthless animal that did absolutely nothing but fulfill the most important job any family pet has: provide unconditional love and affection. He didn’t play fetch and knew very few tricks beyond scarfing down his meals and snacks at the speed of light. Hell, the pup couldn’t even climb a staircase.

His legacy will live on in the hearts and minds of my family but also in the name of this company. Back in 2011, I knew it was time I started something new, I had written most of my business plan but was lacking a name. Having named companies in the past, I wanted a generic name this time around.

I wanted a name that could do just about anything. Meaning today we do website maintenance and support but tomorrow I may want to brew beer. Ok, that is probably not going to happen but you see where I am going with this: FatLab Web Support or FatLab Espresso Stout – they both work! I also have this crazy idea for a coaster company (bar coasters), but I’ll leave the details to another day. I can’t take all the credit or really any of it. My wife Amy came up with the name and friend and former business partner Wanda Fontana came up with the logo.

This Guy Was Damaged Goods

Guinness was actually returned to his breeder. She told us it was due to divorce, moving, etc. but honestly I think the original owner wanted a “real” Labrador and this sweet guy failed miserably. He was about 2, as was my daughter and the dog was to be for her. 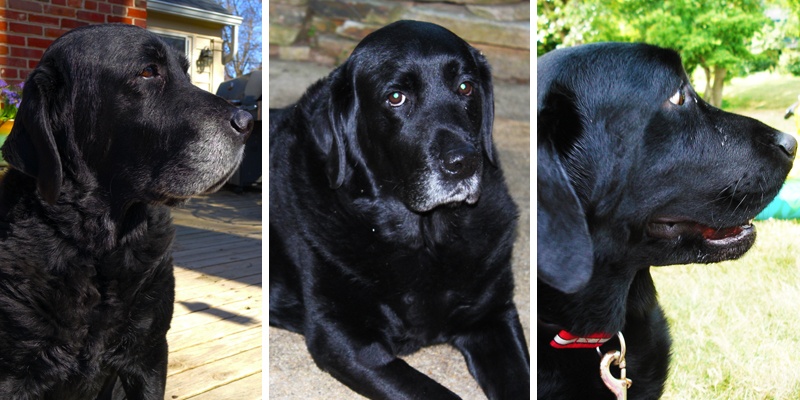 Grab Him by the WHAT?!

Being the naturally concerned parent, I pressed this breeder on what would cause this animal to bite. She swore to me up and down he was the friendliest animal on earth. I kept pressing, “but what would make him bite?“, she finally looked me straight in the eye and said, “Look, assuming he still had his balls, you could grab him by the balls drag him across the floor and he would simply wait until you let go”…. I stopped asking questions after that and he never (never ever) made us doubt this claim.

It’s obviously a sad time for my family and my daughter in particular. It also makes for a strange blog post, but it’s relevant as the name “FatLab” and the silhouette logo will always remind me of Guinness the “Fat Lab”.

A Big Announcement This October I am pleased to announce that Ana "Ritz" Penaranda has joined FatLab, LLC as a...

FatLab, LLC is a proud Virginia, USA Corporation serving organizations throughout the United States and beyond. We pride ourselves on providing the best client-centric website support and website maintenance services possible. We have partnered with top-tier infrastructure and service companies to provide enterprise-level website security, WordPress hosting and monitoring solutions. We are huge fans and thankful for open source technologies.